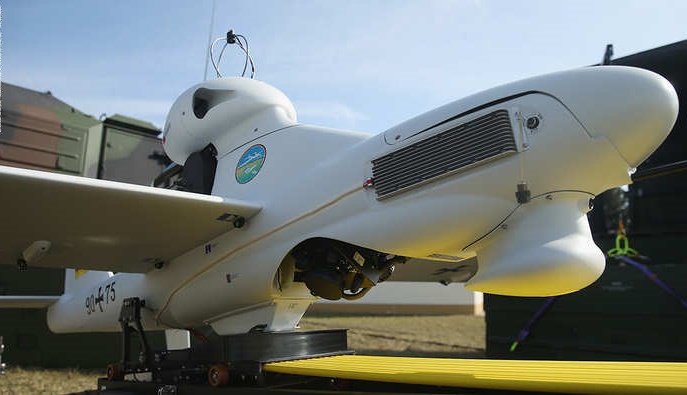 MARIENBERG, GERMANY – MARCH 10: A Luna reconaissance drone of the German Bundeswehr’s 371st Armoured Infantry Battalion (Panzergredanadierbataillon 371) stands on display during a media event at the battalion’s base on March 10, 2015 in Marienberg, Germany. The 371st, which is armed with Marder lights tanks, surveillance drones and other capabilities, is among units that will participate in the new NATO Very High Readiness Joint Task Force (VJTF), an ultra-fast reaction force that will be able to deploy within a five-day period. NATO member states and many European nations are enhancing their military abilities as a reaction to Russian intervention in Ukraine. (Photo by Sean Gallup/Getty Images)