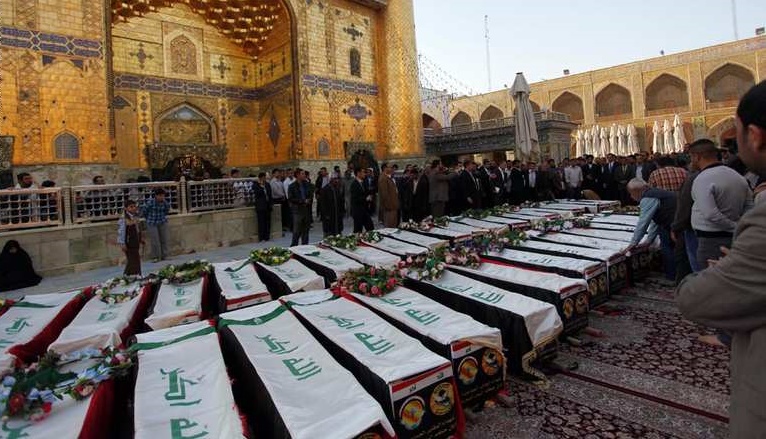 Mourners gather next to coffins of fifty unidentified bodies, found in mass graves in Basra, Nasiriyah and Babel, during their funeral outside Shiite Imam Ali’s Shrine in the holy city of Najaf, central Iraq, on February 24, 2014. The remains were found in mass graves two months ago in several provinces, dating back to the days of the former regime. AFP PHOTO/HAIDAR HAMDANI (Photo credit should read HAIDAR HAMDANI/AFP/Getty Images)