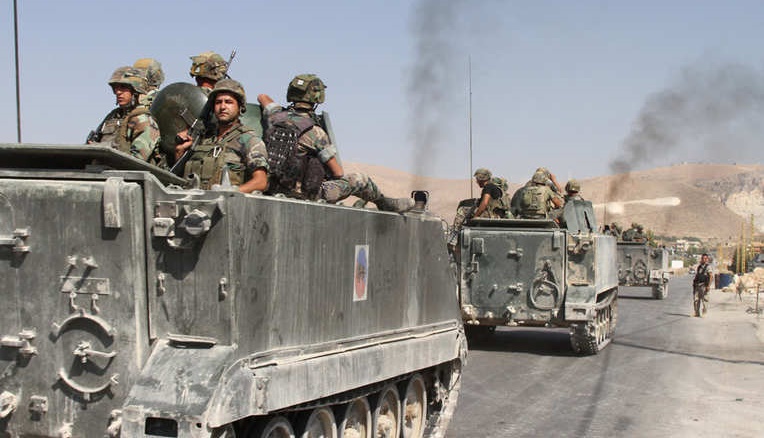 Lebanese troops deploy in the eastern town of Arsal near the Syrian border on August 28, 2014. Lebanese troops clashed with gunmen today in the mainly Sunni Muslim area near the Syrian border where there was deadly fighting with rebels from over the frontier in early August. Hundreds of terrified civilians fled the town of Arsal, a mainly Sunni enclave within Lebanon’s largely Shiite Bekaa Valley which is hosting tens of thousands of Sunni refugees from Syria. AFP PHOTO / STR (Photo credit should read -/AFP/Getty Images)