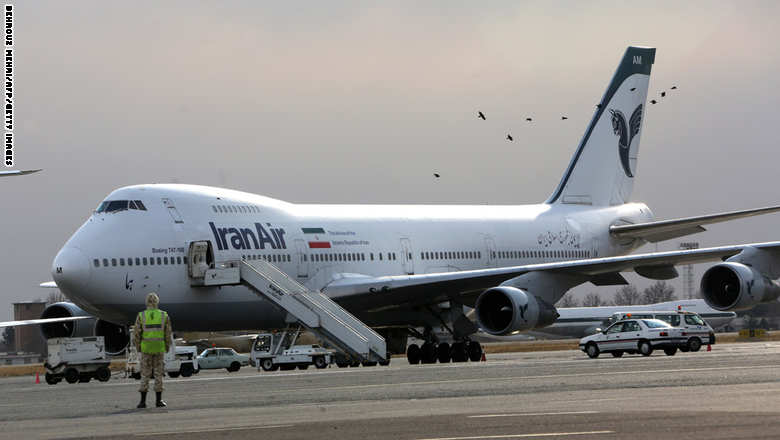 An Iran Air Boeing 747 passenger plane sits on the tarmac of the domestic Mehrabad airport in the Iranian capital Tehran on January 15, 2013. Austrian Airlines said the previous day that it has stopped its flights to Tehran because they were not profitable any more in a decision that comes after the subsidiary of German carrier Lufthansa had already in November cut the number of weekly flights from Vienna to the Iranian capital to three. AFP PHOTO/BEHROUZ MEHRI (Photo credit should read BEHROUZ MEHRI/AFP/Getty Images)