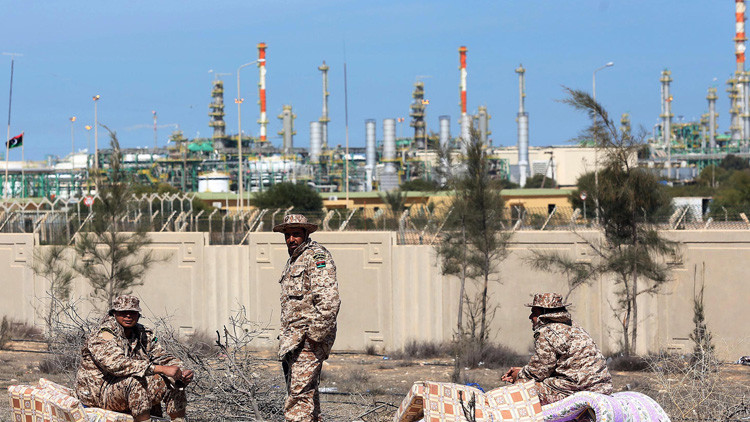 Libyan defence forces prepare to camp outside the Millitah Oil and Gas installation on March 4, 2013 on the outskirts of Zwara in Western Libya. The delivery of Libyan gas to Italy via the Greenstream pipeline was halted on March 3, 2013 after a gunfight between former rebels near a gas complex in the west of the country, an official said. Millitah Oil and Gas is a joint venture between Italy’s ENI and Libya’s National Oil Company. The Greenstream pipeline runs from Millitah in Libya to Gela in Sicily. AFP PHOTO/MAHMUD TURKIA