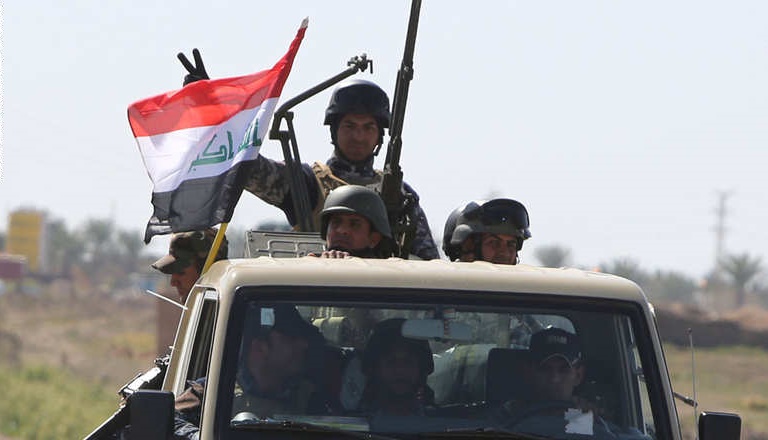 Members of the Iraqi security forces from the city of Samarra north of Baghdad flash the sign for victory as they head towards al-Dawr area south of Tikrit to launch an assault against the Islamic State group (IS) on February 28, 2015. Government forces have attempted and failed several times to wrest back Tikrit — the hometown of former president Saddam Hussein — since losing it to IS in June last year. AFP PHOTO / AHMAD AL-RUBAYE (Photo credit should read AHMAD AL-RUBAYE/AFP/Getty Images)