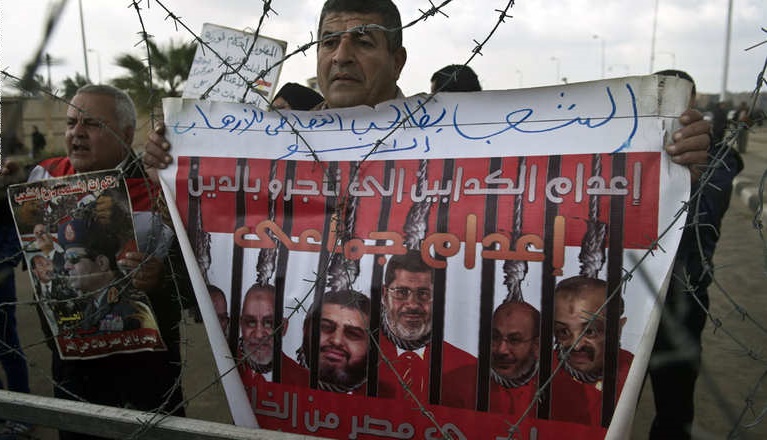 An Egyptian holds a poster behind barbed wires, as riot policemen stand guard outside the Police Academy where a hearing in the espionage trial of Egypt’s ousted Islamist president Mohamed Morsi is expected to open on February 16, 2014 in Cairo. Morsi and 35 others, including former aides and leaders of the Muslim Brotherhood, are accused “of spying for the international organisation of the Muslim Brotherhood, its military wing and Hamas movement.” The poster (R) shows Morsi and Muslim brotherhood’s leaders in nooses behind bars. AFP PHOTO / KHALED DESOUKI (Photo credit should read KHALED DESOUKI/AFP/Getty Images)