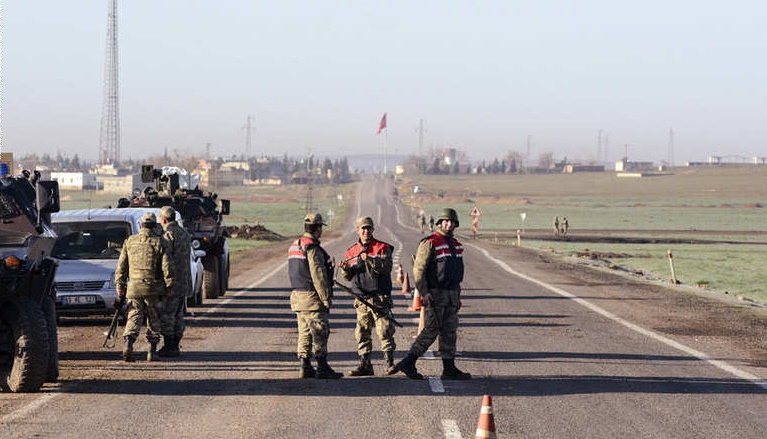 Turkish army soldiers take position on the way to Mursitpinar crossing gate near the Syria border on February 22, 2015, at Suruc, in Sanliurfa, during an operation to relieve the garrison guarding the Suleyman Shah mausoleum in northern Syria. The operation was jointly conducted by the intelligence organisation and the Turkish army, a few days after reports suggested that the tomb was besieged by jihadists belonging to the Islamic State (IS) group. AFP PHOTO/ILYAS AKENGIN (Photo credit should read ILYAS AKENGIN/AFP/Getty Images)