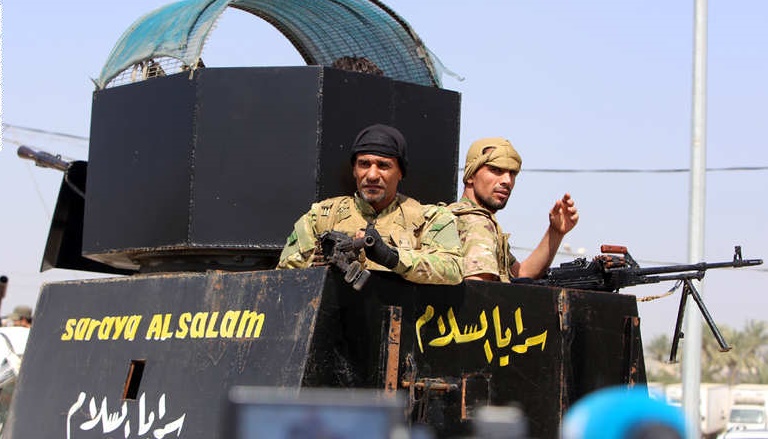 Iraqi Shiite Muslim fighters from the Saraya al-Salam (Peace Brigades), a group formed by Iraqi Shiite Muslim cleric Moqtada al-Sadr, are transported on the back of a vehicle as they leave Baghdad, for the city of Samarra, some 120 kilometers north of the Iraqi capital, to fight against Islamic State (IS) group jihadists on March 15, 2015. AFP PHOTO / SABAH ARAR (Photo credit should read SABAH ARAR/AFP/Getty Images)