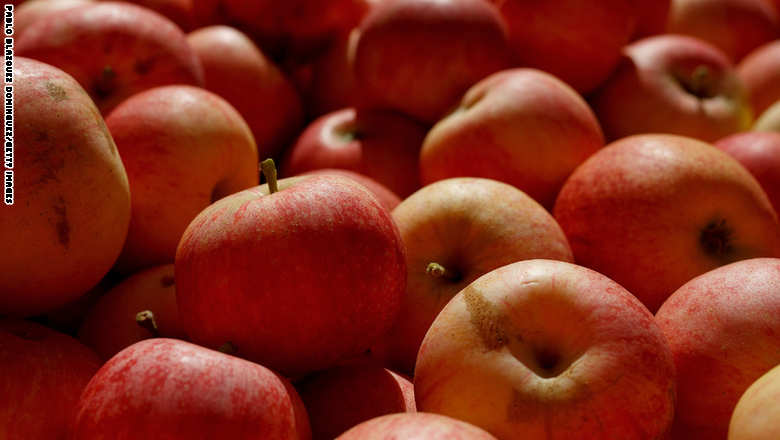 MADRID, SPAIN – SEPTEMBER 05: Apples are seen inside a container before farmers give them away to people queueing at Plaza Callao as they protest against the Russian food ban on September 5, 2014 in Madrid, Spain. Spanish farmers give away 10 tonnes of fruits to members of the public in Madrid in protest against Russia’s ban on EU food imports and to promote the consumption of home grown produce. (Photo by Pablo Blazquez Dominguez/Getty Images)