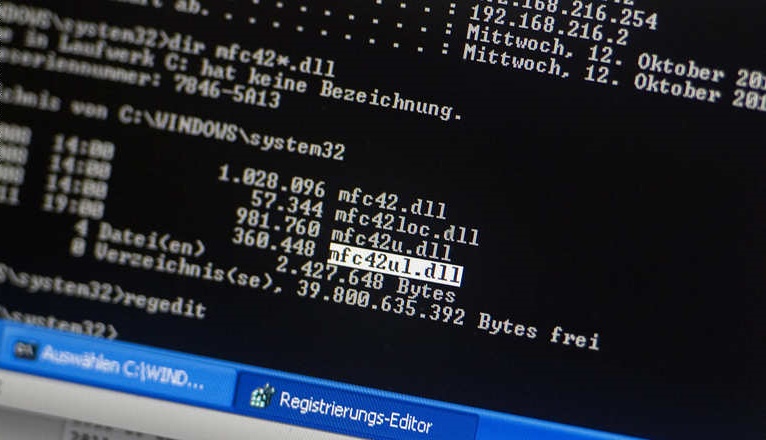 A computer screen of Dirk Engling, spokesperson of the Chaos Computer Club, shows the file name (highlighted) of the Trojan spyware allegedly made by the German authorities in the CCC’s offices in Berlin on October 12 , 2011. The computer club and German hacker organization claims to have cracked spying software allegedly used by German authorities. The Trojan horse has functions which go way beyond those allowed by German law. The news has sparked a wave of outrage among politicians and media commentators. AFP PHOTO / ODD ANDERSEN (Photo credit should read ODD ANDERSEN/AFP/Getty Images)