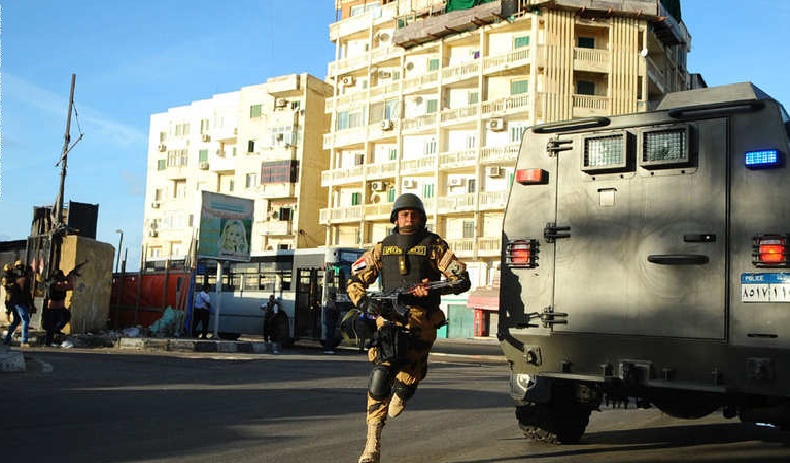 Egyptian army and police exchange fire with an armed man on the top of a building in Alexandria on November 28, 2014. Firing came from the building after the police positioned themselves on the road, according to an AFP photographer, as the army and police had fanned out across Cairo and other cities in anticipation of rallies called by an Islamist group that opposes the military’s overthrow of then-president Mohamed Morsi last year. AFP PHOTO / TAREK ABDELHAMID (Photo credit should read TAREK ABDEL HAMID/AFP/Getty Images)