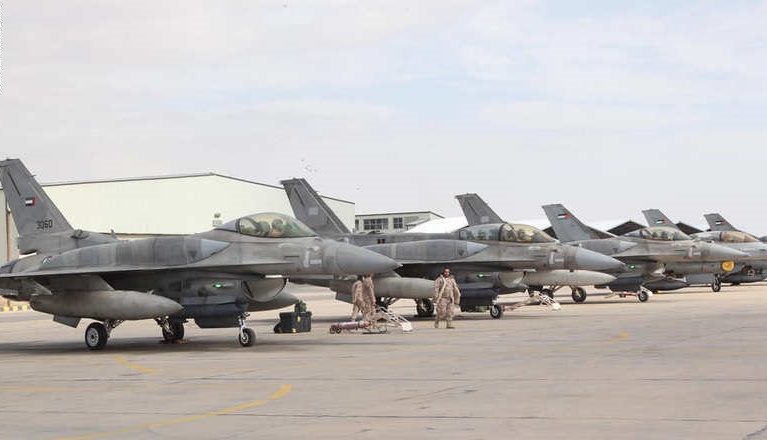 JORDAN: This handout picture released by the official Jordanian news agency, PETRA on February 8, 2015, shows a squadron of United Arab Emirates (UAE) F-16 fighters stationed in one of Jordan’s air bases to support it in strikes against the Islamic State group. The squadron of UAE F-16 fighter jets, which also includes C-17 troop and supply carriers and refuelling planes, which arrived to help the kingdom in its fight against the Islamic State which burned alive one of its pilots. UAE squadron chief Saeed Hassan told Petra the team “stands ready to carry out any mission in coordination with the Jordanian armed forces.” (Photo by PETRA via Getty Images)