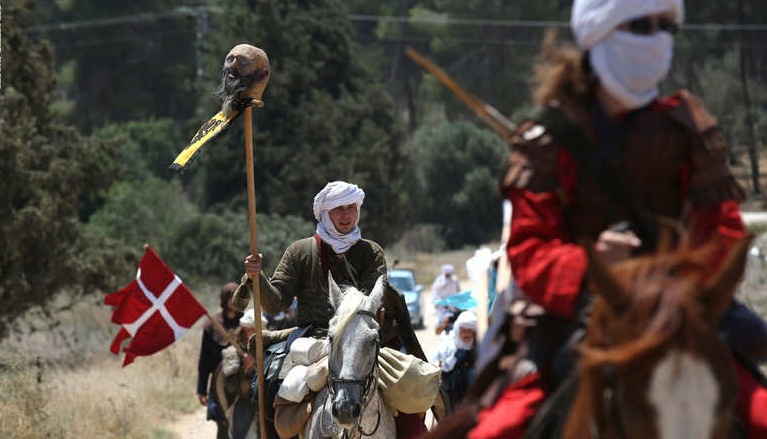 Israeli members of knight clubs ride horses on July 5, 2014 on their way from the ancient northern city of Tzipori to Horns of Hattin, during the reenactment of the Battle of Hattin (aka the Horns of Hattin). Some 70 Israelis, mostly Russian origin, took part in the reenactment of the battle that was fought on the same day in 1187, when Arab Sultan Salaheddin’s army crashed the Crusader forces on his way to Tiberias.
AFP PHOTO/MENAHEM KAHANA (Photo credit should read MENAHEM KAHANA/AFP/Getty Images)