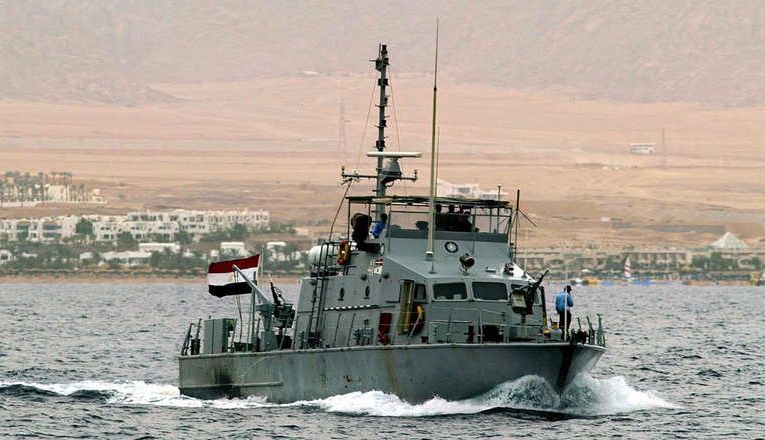 An Egyptian navy boat cruises 06 January 2003 off the coast of the red sea resort of Sharm el-Sheikh in search for the wreckage of the doomed Egyptian Flash Airlines’ Boeing 737-300 aircraft that crashed in the Red Sea after taking off from the Sharm el-sheikh airport, killing all 148 people on board, including 133 French tourists. Intensive search was done today to locate the black box of the plane with French navy scanning a huge area of the sea with sonar system. Salvage teams appeared hotter on the trail to the wreck, homing in on a signal they suspect is from one of the flight recorders. AFP PHOTO/Marwan NAAMANI (Photo credit should read MARWAN NAAMANI/AFP/Getty Images)