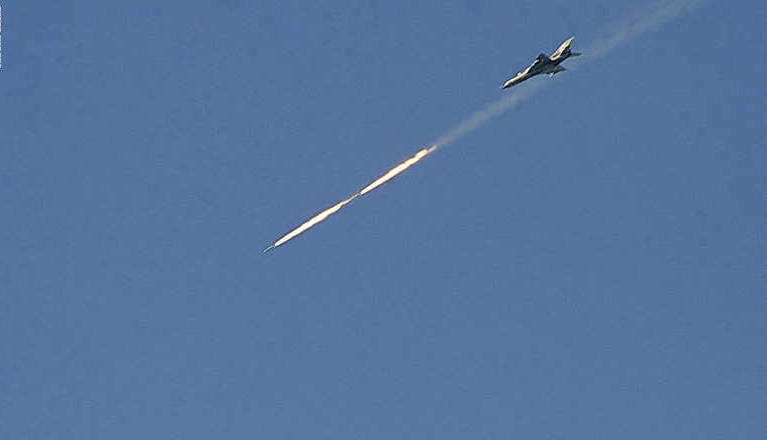 A Syrian warplane fires at a target in the northern Syrian city of Raqqa on March 6, 2013. Syrian warplanes struck rebel enclaves in flashpoints across the country, while a raid in the northern city of Raqqa killed and wounded dozens of people, a watchdog said. AFP PHOTO/MOHAMMAD AL-HUSSEIN (Photo credit should read MOHAMMAD AL-HUSSEIN/AFP/Getty Images)