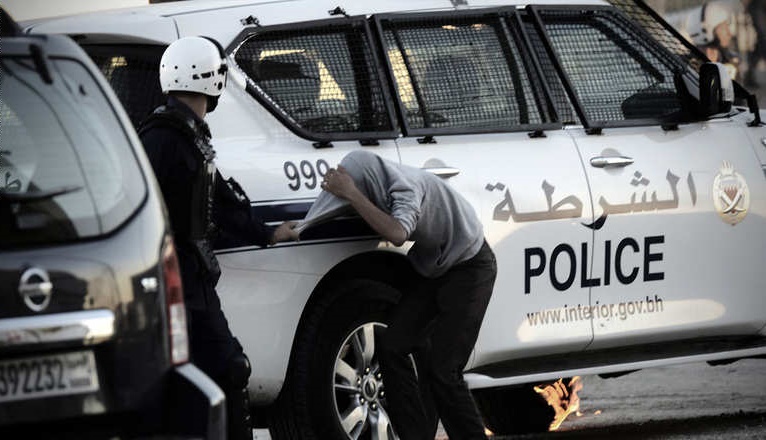 A Bahraini protester is arrested during clashes with riot police following an anti-regime demonstration on December 3, 2013 in the village of Sanabis, west of Manama. Bahrainis protest against the death of Ahmed Abdul Ameer, 15, who died of his injuries at a hospital as he suffered serious burns after taking part in a protest, according to the family. AFP PHOTO/MOHAMMED AL-SHAIKH (Photo credit should read MOHAMMED AL-SHAIKH/AFP/Getty Images)