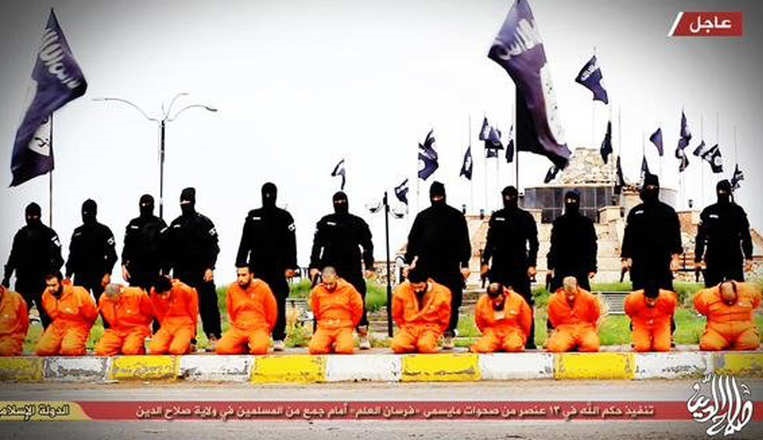 ISIS published on Monday 3 still pictures via its social media of what it says are 13 men it publicly executed. ISIS calls them 13 members of the “Knights of al-Alam” who it is accusing of being an Awakening (Supporters of Baghdad’s government) in Salaheddin province.

The first picture shows ISIS lining up 13 men who are kneeling down at a roundabout, wearing orange jumpsuits, their hands tied to the back, and 13 ISIS masked man all wearing black standing behind each of them who are armed. The other two pictures show the men being executed, all laid on the ground while civilians are watching the aftermath. An ISIS flag can be seen in the background.