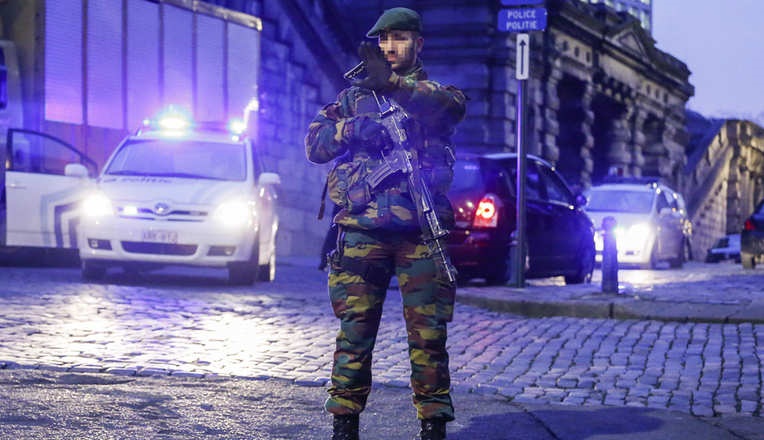 An armed soldier holds up his hand as heavy security measures were deployed all around the Palace of Justice in Brussels on January 21, 2015 for the appearance before the Grand Jury of three suspects arrested around the intervention against terrorism in Verviers last week. Two suspected jihadists were killed on January 15 in an anti-terrorist operation in Verviers, eastern Belgium, and a third person was wounded and has been arrested. AFP PHOTO / BELGA / THIERRY ROGE