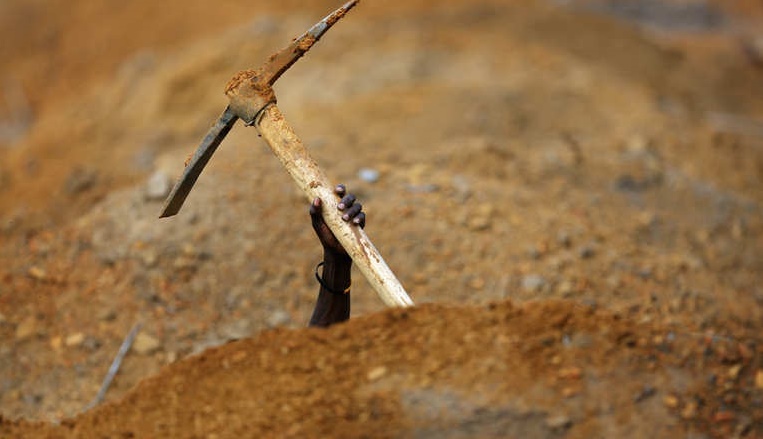 DISCO HILL, LIBERIA – JANUARY 27: A grave digger works in the U.S.-built cemetery for “safe burials” on January 27, 2015 in Disco Hill, Liberia. The cemetery, operated by USAID-funded Global Communities, has buried almost 300 people in its first month of operation, with increasingly fewer of the bodies coming from Ebola Treatment Units (ETUs), as infection rates decline. The cemetery, where burial team members wear protective clothing, (PPE), has been seen in Monrovia as a major achievement, as families of deceased loved ones are permitted to view the burials, important in Liberian culture. In an effort to control the Ebola epidemic in 2014, the Liberian government had ordered the cremation of all deceased in the capital, often further traumatizing surviving family members and unintentionally encouraging many families to hide their dead for secret burials. (Photo by John Moore/Getty Images)