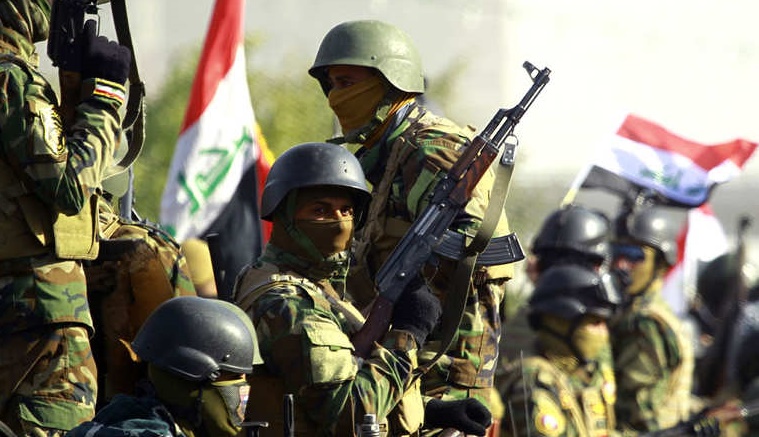 Iraqi police and soldiers parade in Najaf, some 160 kilometres, south of the capital Baghdad, as they celebrate the 94th anniversary of the Iraqi army on January 8, 2015. Iraq is rebuilding its army to address weaknesses including poor leadership and training that led to Baghdad’s forces being swept aside by militants, the defence minister said. AFP PHOTO / HAIDAR HAMDANI (Photo credit should read HAIDAR HAMDANI/AFP/Getty Images)