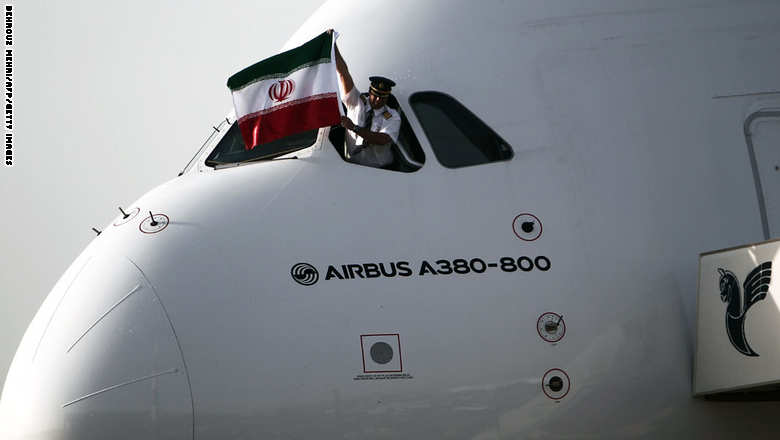 The Iranian captain of an Airbus A380-800 airctaft of Emirates Airline holds an Iranian national flag after landing at Tehran’s IKA airport on September 30, 2014. Dubai’s Emirates Airline made a one-off flight to the Iranian capital, for the first time with its flagship Airbus A380 plane to celebrate its recent introduction of more flights on the route. AFP PHOTO/BEHROUZ MEHRI (Photo credit should read BEHROUZ MEHRI/AFP/Getty Images)