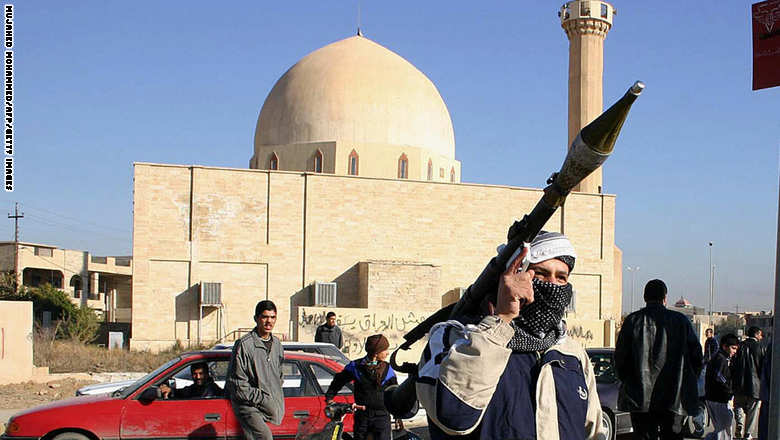 MOSUL, IRAQ: An Iraqi militant stand 05 December 2004 in front of a mosque, allegedly searched by the US army last night in the Iraqi city of Mosul, 370 kms north of Baghdad. The Imam of the mosque Sheikh Abdel Sattar Mohammed said that the US army had searched the mosque and destroyed two walls bearing anti-government and US graffiti. No one was arrested. AFP PHOTO/MUJAHED MOHAMMED (Photo credit should read MUJAHED MOHAMMED/AFP/Getty Images)