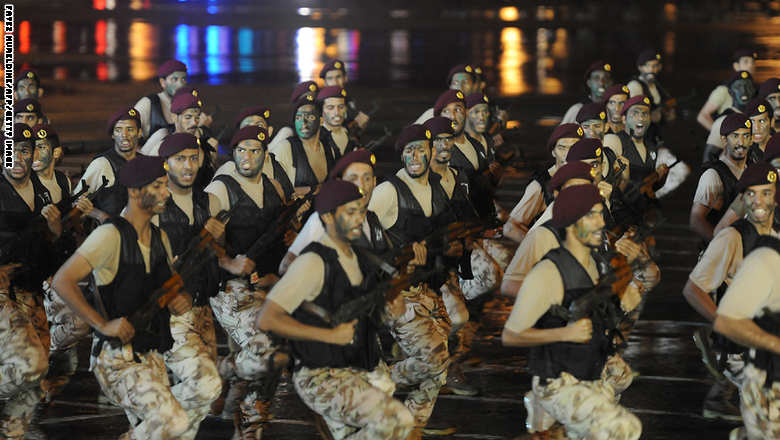 Members of the Saudi special police unit perform during a parade in Mecca, on October 9, 2013, as more than two million Muslims have arrived in the holy city in the lead up to the annual hajj pilgrimage. The hajj, which is one of the world’s largest human assemblies, begins on October 13 amid concerns over the deadly MERS coronavirus. AFP PHOTO/FAYEZ NURELDINE (Photo credit should read FAYEZ NURELDINE/AFP/Getty Images)