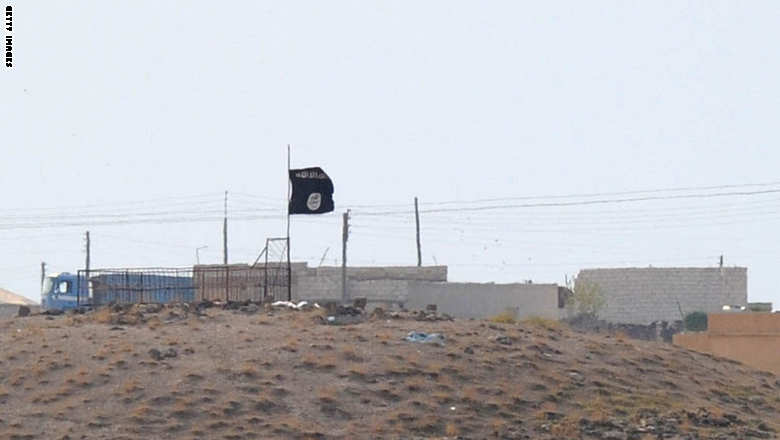 SANLIURFA, TURKEY – OCTOBER 27: A Islamic State (ISIS) black flag flies neasr the Syrian town of Kobani, October 27, 2014 as seen from the Turkish-Syrian border near the southeastern town of Suruc in Sanliurfa province, Turkey. According to a Syrian activist group, the death toll has reached 815 during 40 days of fighting in and around the Syrian town of Kobani and the Britain-based Syrian Observatory for Human Rights reported the death toll for the Islamic State fighters stands at approximately 481 fighters. About 200,000 people have cross the border into Turkey for safety. (Photo by Kutluhan Cucel/Getty Images)