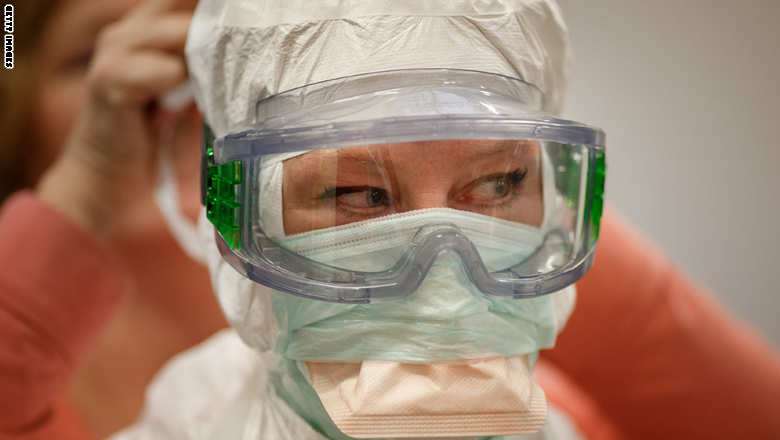 AMSTERDAM, NETHERLANDS – NOVEMBER 12: A trainee wearing protective glasses is helped getting dressed during the Ebola training program on November 12, 2014 in Amsterdam, Netherlands. Doctors Without Borders has established a training program in a reproduction field hospital build in an old factory, without electricity and running water, in the Dutch capital for medical personnel world wide who are being sent to countries where Ebola is rife. The charity says it needs hundreds of doctors who are willing and sufficiently skilled to go to Africa to try to help combat the epidemic. The training centre in Amsterdam is the second of its kind after Brussels. (Photo by Jasper Juinen/Getty Images)