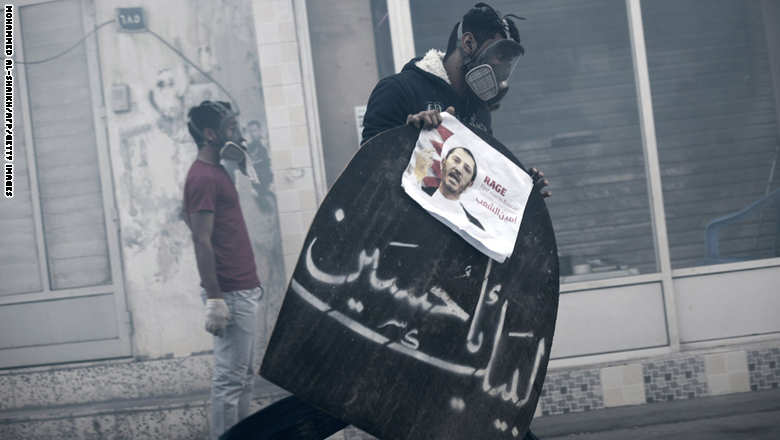 A Bahraini protestor runs with a plank used a a shield during clashes with riot police following a protest against the arrest of the head of the banned Shiite opposition movement Al-Wefaq, Sheikh Ali Salman (on the poster) on January 1, 2015 in Bilad al-Qadeem, a suburb of Manama. Bahrain has urged Iran to look at its own human rights record after it called for the immediate release of Ali Salman. AFP PHOTO / MOHAMMED AL-SHAIKH (Photo credit should read MOHAMMED AL-SHAIKH/AFP/Getty Images)