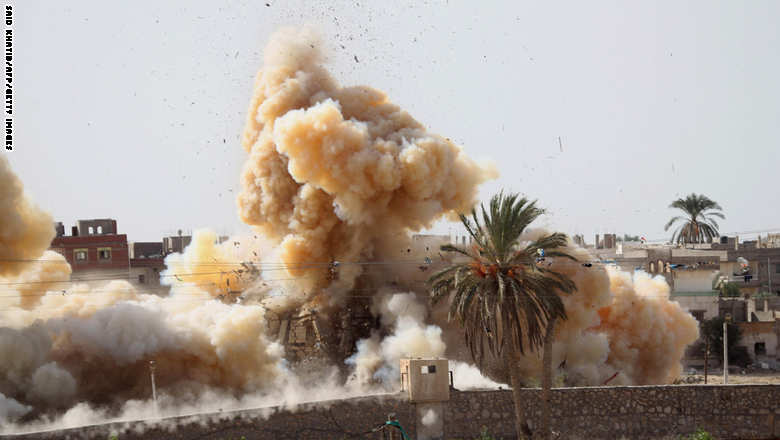 Smoke rises after a house was blown up during a military operation by Egyptian security forces in the Egyptian city of Rafah near the border with southern Gaza Strip on November 2, 2014, as Egypt began setting up a buffer zone along the border with the Hamas-run territory to prevent militant infiltration and arms smuggling following a wave of deadly attacks. The move, which is set to result in the demolition of hundreds of homes, comes after a suicide bombing in the Sinai Peninsula killed at least 30 soldiers on October 24, 2014. PHOTO AFP PHOTO/ SAID KHATIB (Photo credit should read SAID KHATIB/AFP/Getty Images)