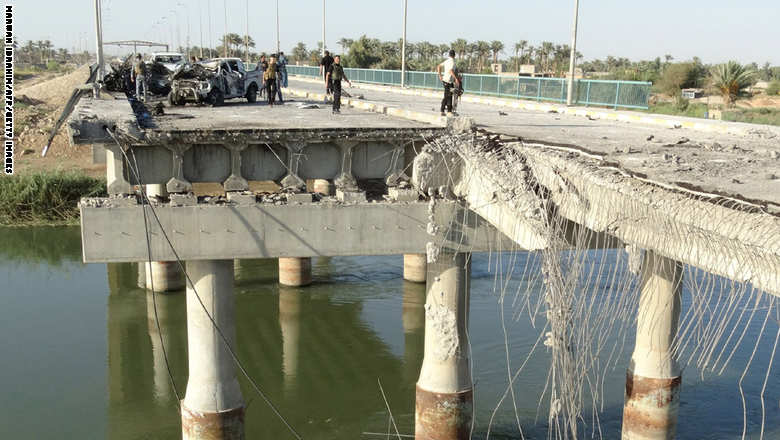 Iraqi security forces and gunmen inspect the wreckage of cars following a suicide bomb attack that killed at least seven people on September 17, 2014, in Ramadi, the capital of the western province of Anbar. The blast destroyed the Albu Faraj bridge on the Euphrates in a northern district of the city where government forces have been battling jihadists. AFP PHOTO / AZHAR SHALLAL (Photo credit should read AZHAR SHALLAL/AFP/Getty Images)