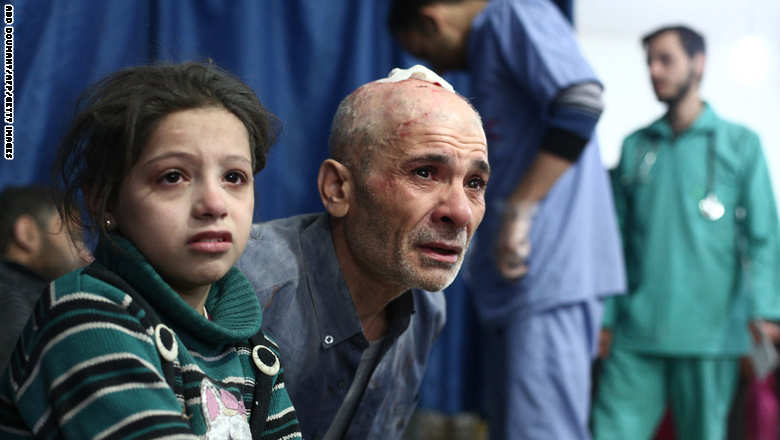 Wounded Syrians wait for check up at a makeshift hospital in the rebel-held Damascus suburb of Douma following a reported air strike by government forces on the town, 13 kilometres (eight miles) northeast of the Syrian capital, on November 11, 2014. Closing in on Douma, a town of 200,000 residents under siege since last year, the army has seized control of Mleiha and Adra and has set its sights on Jobar and Ain Tarma, all towns to the east of the capital. AFP PHOTO/ ABD DOUMANY (Photo credit should read ABD DOUMANY/AFP/Getty Images)