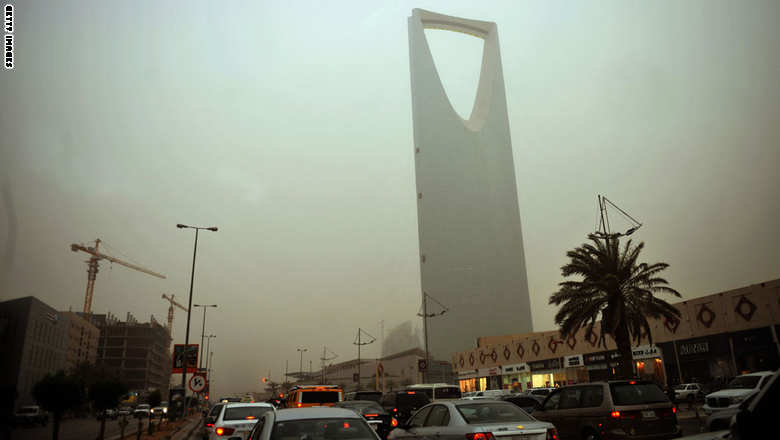 Cars drive past Kingdom Tower amid a sand storm in Riyadh on June 17, 2011 as a number of Saudi women drove cars in response to calls for nationwide action to break a traditional ban, unique to the ultra-conservative kingdom, according to reports on social networks. AFP PHOTO/FAYEZ NURELDINE (Photo credit should read FAYEZ NURELDINE/AFP/Getty Images)