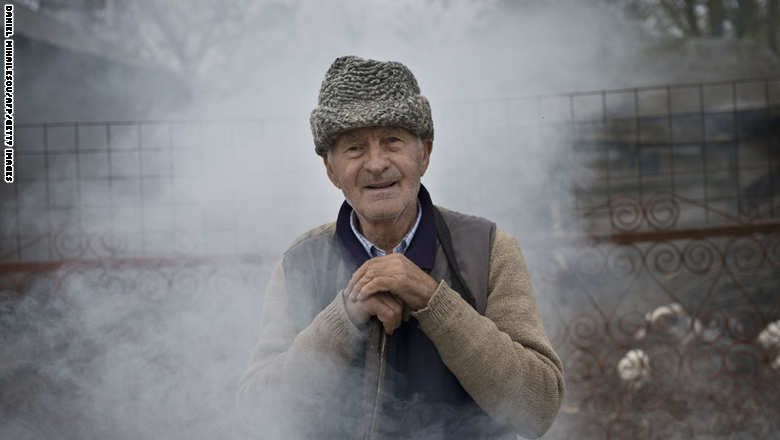 An elderly man is sourrounded by smoke in front of his place in Floroaica village, Romania on November 11, 2014. Romanian Prime Minister Victor Ponta won the first round of the presidential elections with 40.44 percent of the vote against 30.37 percent for the candidate of the right, Klaus Iohannis. Iohannis got 46 percent of the votes of the Romanian diaspora. The presidential elections in Romania – the second round to take place on November 16 – are regarded as crucial to the former Communist block country as fears of a takeover of justice by the political power in case of a victory of Ponta are alive. AFP PHOTO / DANIEL MIHAILESCU (Photo credit should read DANIEL MIHAILESCU/AFP/Getty Images)